A NATO Stock Number, or National Stock Number (NSN) as it is known in the US, is a 13-digit numeric code, identifying all the 'standardized material items of supply' as they have been recognized by all NATO countries including United States Department of Defense. Pursuant to the NATO Standardization Agreements, the NSN has come to be used in all treaty countries. However, many countries that use the NSN program are not members of NATO, e.g. Japan, Australia and New Zealand. A two-digit Material Management Aggregation Code (MMAC) suffix may also be appended, to denote asset end use but it is not considered part of the NSN. An item having an NSN is said to be "stock-listed". 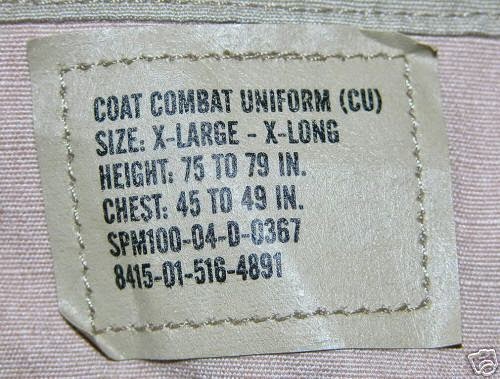 The NATO Stock Number consists of the NATO Supply Class (NSC or FSC) and the National Item Identification Number (NIIN). However the NIIN alone uniquely identifies the item, the FSC merely adds context by indicating the general classification of the item. The format of an NSN might be described as follows:
abcd-ef-ghi-jklm 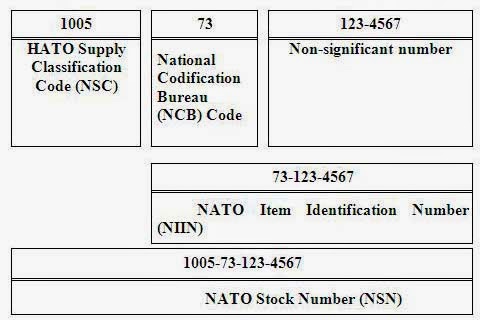 The 9 digit NATO Item Identification Number is composed of a 2 digit NATO Code for the National Codification Bureau (NCB) and a 7 digit non-significant number assigned by the individual NCB.

Example of NATO Stock Number (NSN) with related entities is shown in the following example:

Email ThisBlogThis!Share to TwitterShare to FacebookShare to Pinterest
Etichette: NSN